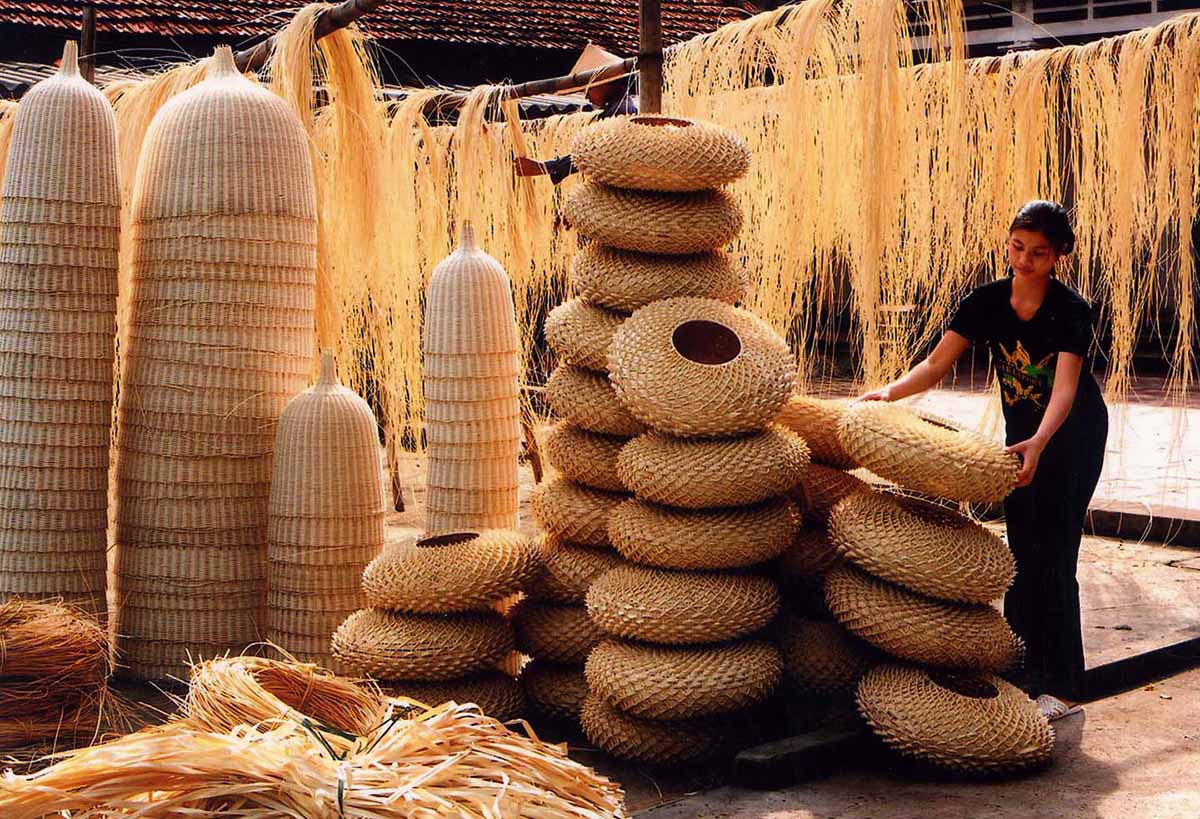 The country’s fine art and handicraft exports experienced a significant increase of 50% to reach US$45 million in May, according to statistics from the General Department of Customs.

The latest addition has brought the export turnover of these products to $190 million in the first five months of 2019, up 43 per cent year-on-year, the data shows.

These positive figures were attributable to a booming demand of handicraft products, especially those made from bamboo, rattan and leaves, in the global market, online Người Lao Động (The Labourers) newspaper cited the Handicraft and Wood Industry Association of HCM City (Hawa) as saying.

For example, more and more retirees in European countries are decorating their houses, resulting in high demand for handicraft products, Hawa said, adding that the proportion of people who bought handicrafts as gifts has also increased.

According to Hawa, there remains huge potential for Vietnamese fine art and handicraft producers to accelerate their exports to overseas markets including major outlets such as the US, the EU and Japan and emerging ones like India, Thailand, Taiwan, Russia, Norway and Chile.

The association also forecast that the nation’s exports of fine art and handicraft would likely reach $500 million by the end of this year.

Despite great potential to grow, the domestic fine arts and handicraft industry faces several challenges including the lack of creativity in Vietnamese designs and the shortage of professionally trained designers, trade experts have said.

According to the Việt Nam Handicrafts Association (Vietcraft), around 90 per cent of Vietnamese handicraft products were made to suit the technical designs of importers and were not made under Vietnamese labels.

Đặng Quốc Hùng, director of a handicraft company in the southern province of Đồng Nai, said most Vietnamese handicraft manufacturers only focused on outsourcing to foreign clients. Though receiving abundant orders, local handicraft makers made modest profits due to increasing input costs.

According to the Ministry of Industry and Trade’s Trade Promotion Agency, handicraft producers should pay attention to design and branding. The practicality of craft products along with their decoration should also be a focus.

As studying the tastes of customers, especially foreign ones, required great effort and funding, the firms should participate in prestigious fairs and exhibitions both domestically and overseas.

They could also learn about foreign customers’ tastes in Việt Nam by using surveys on which products international customers preferred to purchase at the country’s famous tourist destinations such as Hà Nội, Sa Pa, Đà Nẵng, Hội An, Huế and HCM City, the agency said.

Furthermore, businesses should utilise e-commerce to better introduce their products to importers and individual customers and boost their revenues, it added.